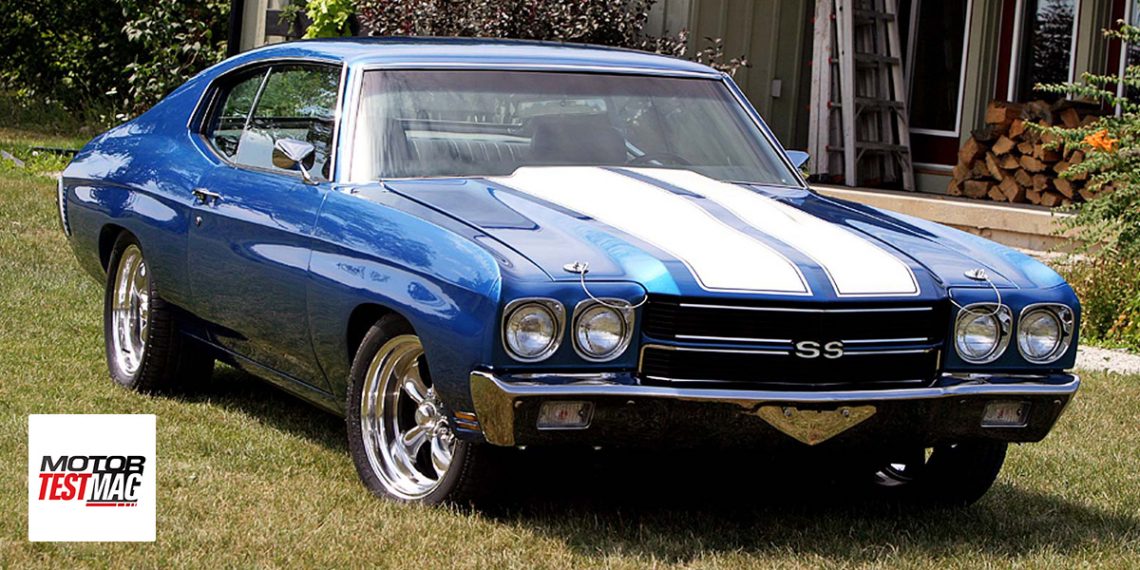 The 454SS looks authentic feels authentic and arguably performs much better than the original.

Over the last couple of years, there has been a significant interest in ‘clone’ restorations.  Although prices are somewhat higher for correct ‘numbers matching’ classics, there are less and less examples available for sale.  This shortage in supply is now elevating the pricing on ‘clones’ where cars can be built to the same level of restoration, without the correct ‘numbers matching’ driveline, tags, etc.  According to automotive appraisal services, Chevelles are one of the fastest appreciating Muscle cars in today’s market.

So the concept is simple.  Take a reasonably preserved era car, in this case a 1970 Chevelle.  Strip it all apart, including separating the body from frame.  Restore and reassemble using superior modern parts and bingo – a fully restored and modernized classic.  When done correctly, the lucky owner receives a modern feeling vehicle with all the character and nostalgia of yester years.

I recently had the privilege of spending some quality time in the Wheeledge project 1970 Chevelle SS454 Clone.  No expense was spared when building the Chevelle and it shows in the execution of detail.  No bolt was left untouched and every component was either refreshed or replaced.  I swear it even had the new car smell.

Driving the Chevelle can only be described as thrilling. 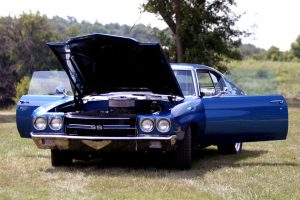 There is something very special about the sensual lines of the Chevelle.  The silluette is mesmerizing and timeless in execution.  Even sitting still, the car reeks of power.  But… it becomes increasingly more difficult to hold back the exuberance when the engine is cranked.  The Chevelle comes to life with a deep resonating rumble that can only be described as primal.  The sound is raw and frightening to those accustomed to the well-insulated and muffled cars of today.

Driving the Chevelle can only be described as thrilling.  The Beatty and Woods 454 V8 produces roughly 450 HP.  No fuel injection here – instead, the fuel is delivered by an Edelbrock intake and a 750CFM carburetor.  Off idle and through the entire RPM range, the engine runs clean and strong.  We did not run acceleration tests on the vehicle, but are willing to bet the Chevelle is capable of low to mid 12’s.  Like the saying goes: there is no replacement for displacement.  We were somewhat surprised by how civil the Chevelle performed under normal driving conditions.  That is until the pedal hits the floor…

Getting the power to the asphalt is accomplished with a T400 transmission and a new Moser 12-Bolt posi-traction rear axle.  The Moser is considered to be one of the strongest rear axles on the market with the reputation of handling mass amounts of horsepower.  We were quite impressed by BF Goodrich G-Force tires.  Although the Chevelle is capable of overpowering and melting the rubber at will, overall performance is well balanced between straight-line acceleration and cornering prowess.  In keeping with the era, American Racing supplied the polished Torque Thrust II wheels.
Slowing the beast down was no problem.  The Chevelle was updated with front disc, rear drum brake package that worked well in all situations.  Drivers beware – there is no traction control or ABS to bail you out of trouble.  Even though the 70’s muscle cars were designed with straight-line speed as primary objective, the Chevelle with its updated suspension components handles with acceptable level of control.  As expected, we experienced some body roll and slower reaction to direction changes but fairly modern feeling in execution.

We give special thanks to Wheeledge for giving us the opportunity to test their newest ‘re-creation’.  I expect the clone movement is only just beginning.  We found none of the original Chevelle spirit removed or eliminated.  The 454SS looks authentic, feels authentic and arguable performs much better than the original.  The injection of just the right modern parts and sensible upgrades turn this timeless icon into a must have addition to any collectors stable. 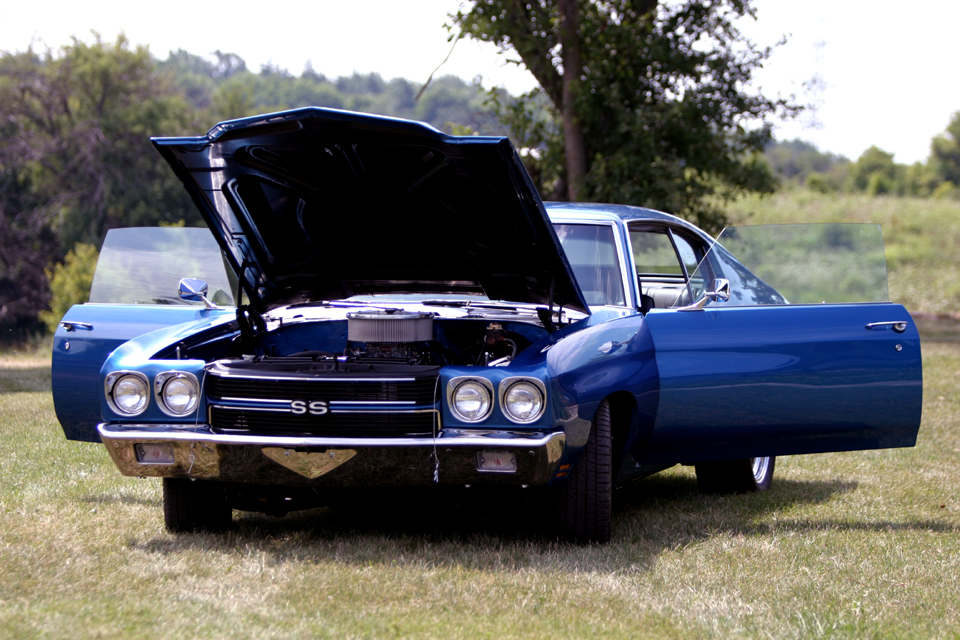 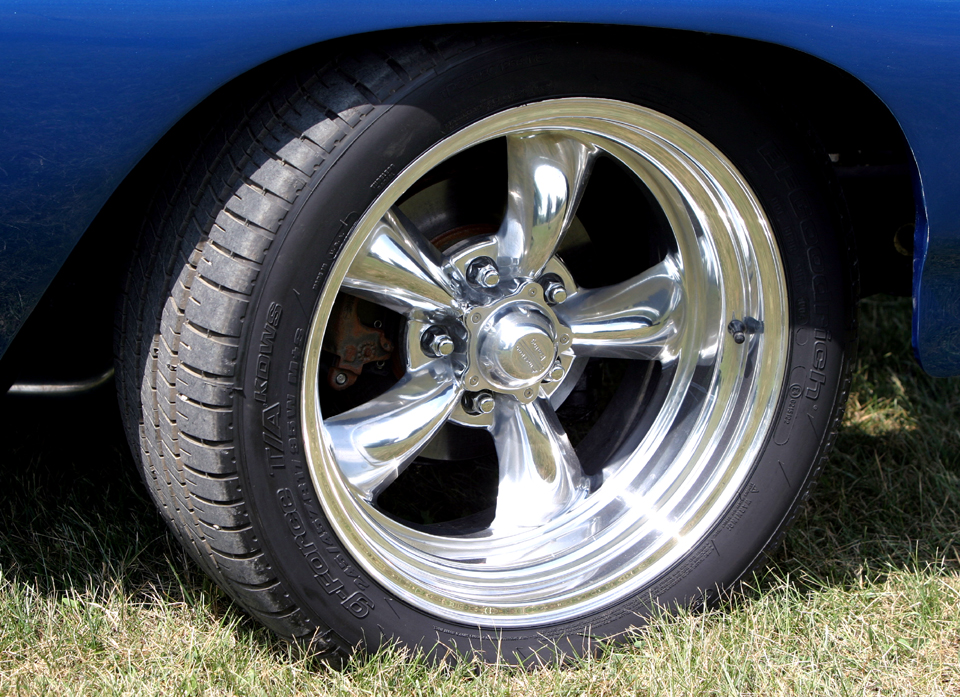 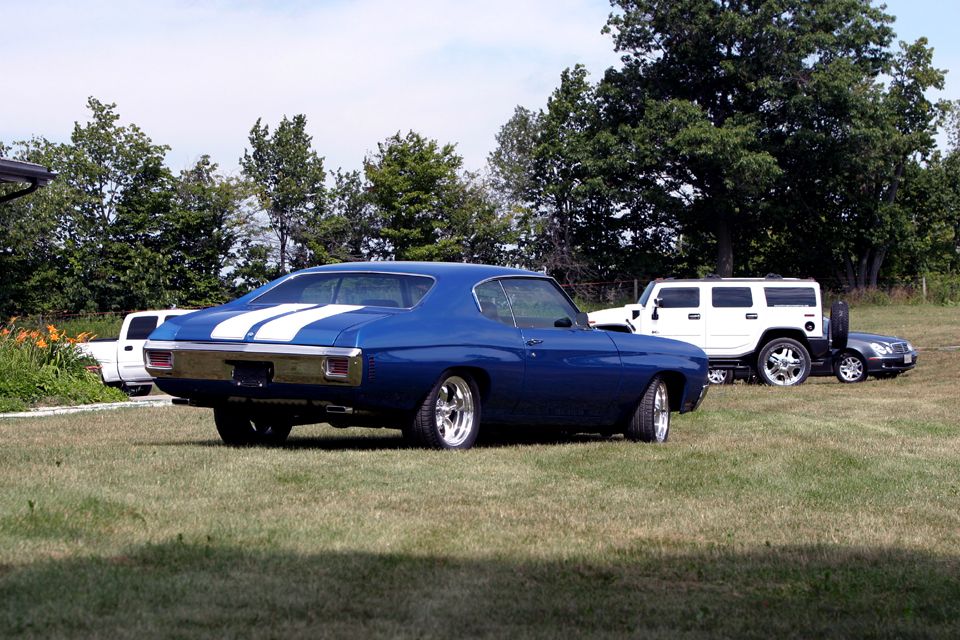 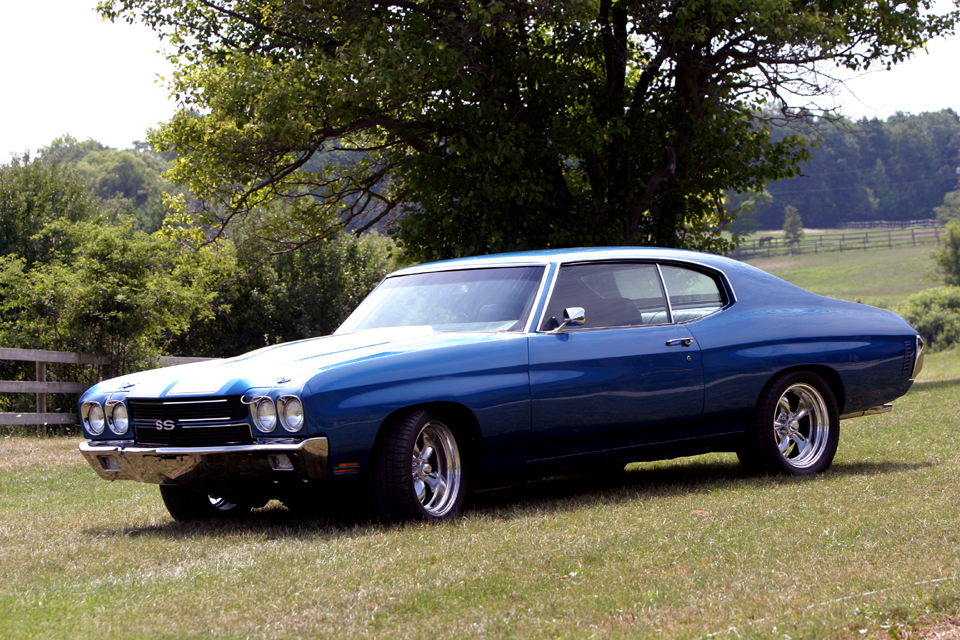 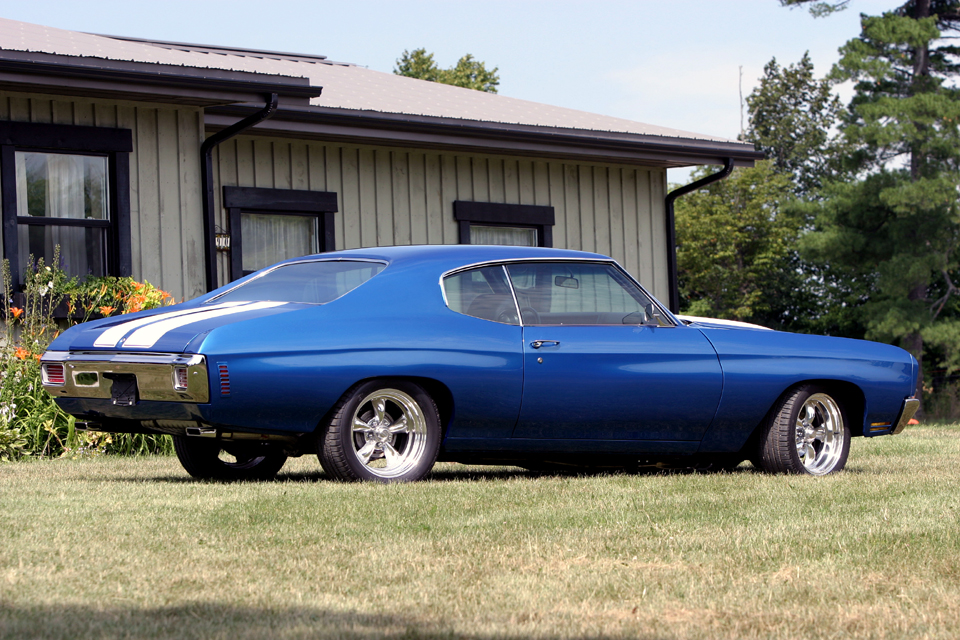 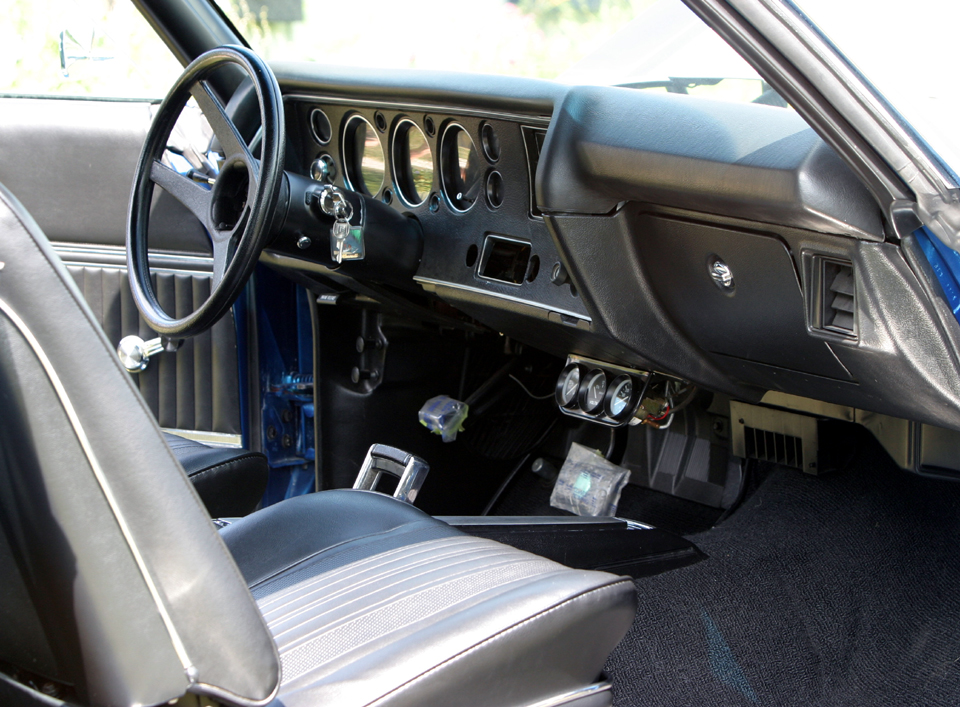 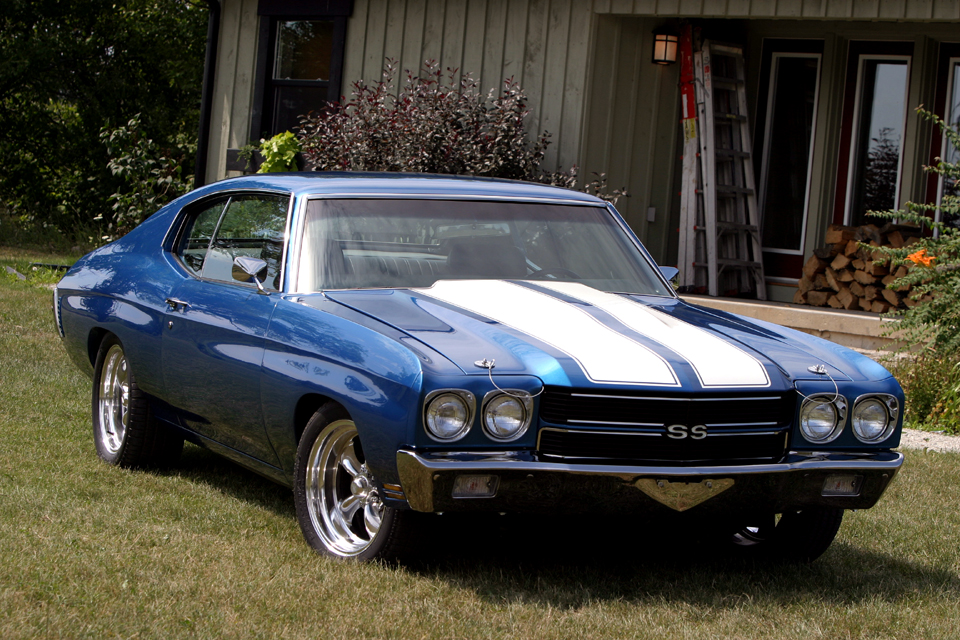 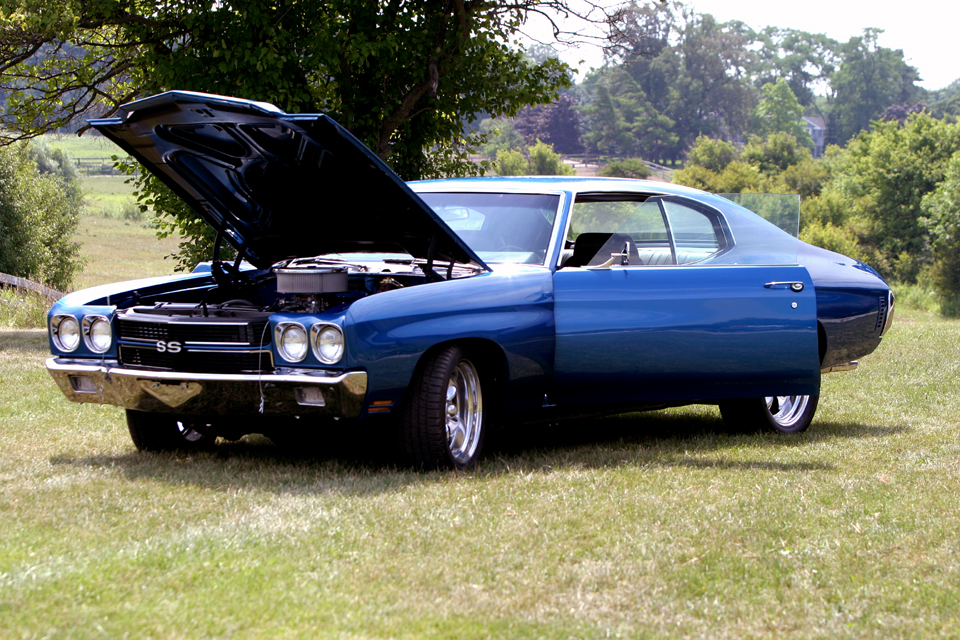 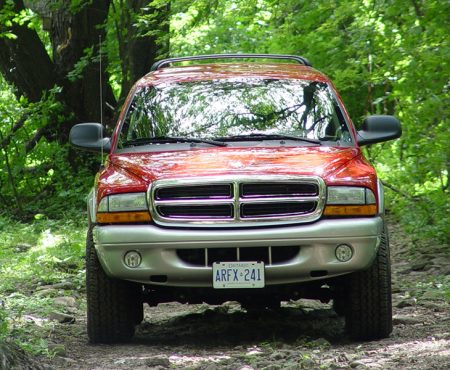